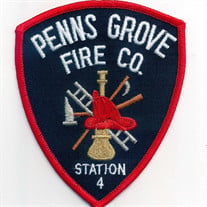 William O. Sumey passed away on Tuesday February 17, 2015 at the Memorial Hospital of Salem County. Bill was born in Ohiopyle, PA to Benjamin and Nora (nee Little) Sumey on August 7, 1937. He was a retired employee of DuPont – Chambers Works, retiring in 1992. He was a life member of the Quinton Sportsmans’ Club, was active in the Penns Grove – Carneys Point Little League and Babe Ruth in past years. He also helped start the mini wrestling program at St. James School. Bill was a life member of the Penns Grove Liberty Fire Co. No. 1. He served for 57 years as an active member and an exempt member. He loved his fellow “Brothers”. He was an active member in the Memorial Hospital of Salem County – Senior Circle and the Alloway Seniors. Bill is survived by his wife Joan Sumey, a daughter Lori Mason (Jay) of Carneys Point, his sons, John R. Sumey (Michelle) of Pennsville, William M. of Pennsville, his step children, Janet Nixon (Doug) of Delaware, Jeffrey Koskey (fiancé Angie Caruso) of Pennsville, Jonathan Koskey (fiancé Daniele Williams) of Pitman, Jarrod Koskey of Massachusetts, Joseph Koskey of Pennsville, grandchildren, Haley Mason, Tyler Sumey, and Kate and Danielle Sumey, step grandchildren, Melinda Willoby Knox and Tom Nixon, Scott, Kayla, Collin Koskey, Joshua and Brittany Koskey of FL, Jennifer Ivins of NJ and Mandi Grimming. He is also survived by great grandchildren, Braylee and another granddaughter due in June, step great grandchildren, Dominic Koskey, Silas Grimming and a great grandson due in June. Bill was predecease by his son, Daniel in 1988, two brothers and four sisters, and step grandchildren, James in 1991, Caitlin in 1994 and Kyle Koskey in 2004. Funeral services will be held 11 AM Saturday in the Ashcraft Funeral Home, 740 S. Broadway, Pennsville where there will be a viewing from 9:30 to 11:00 AM. Interment will follow in Eglington Cemetery, Clarksboro. In lieu of flowers, memorials may be made to the Muscular Dystrophy Association, PO Box 78960, Phoenix, AZ 85062-8960 or Penns Grove Liberty Fire Co. No. 1, West Harmony St., Penns Grove, NJ 08069. www.ashcraftfuneralhomes.com

William O. Sumey passed away on Tuesday February 17, 2015 at the Memorial Hospital of Salem County. Bill was born in Ohiopyle, PA to Benjamin and Nora (nee Little) Sumey on August 7, 1937. He was a retired employee of DuPont &#8211; Chambers... View Obituary & Service Information

The family of William O. Sumey created this Life Tributes page to make it easy to share your memories.

Send flowers to the Sumey family.