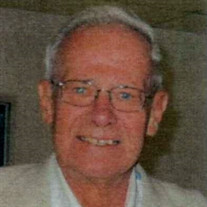 Victor A. Kubiak (Vic) a loving husband, father, grandfather, great-grandfather, brother, son-in-law, brother-in-law, and uncle, age 77, passed away on September 20, 2014, at his home in Layton, Utah, with his family by his side. Vic was born in Millville, NJ on October 21, 1936, the son of the late Anthony and Marie Kubiak. He moved to Pennsville in 1960 after marrying his wife Dolores (Chero). In 2010 they moved to Utah to spend time with their son Donald and his family. They enjoyed 54 years of marriage. Vic graduated from Millville High School in 1955 and then honorably served his country in the United States Air Force from 1955-1959. He then worked at duPont Chambers Works and had 33 years of service as a pipefitter and as a supervisor before retiring. He was a former member of the Queen of Apostles R.C. Church, the Salem County Sportsmen's Club and the duPont Vet Association. His favorite hobbies were camping, boating, fishing, sports, traveling, going to the casinos and working on his wood crafts. He and his wife traveled throughout the US even driving to Alaska and back. They have visited all but 7 states. His family was the most important part of his life. He was involved in every aspect of the lives of his children and grandchildren. He was so proud of each and everyone of them. He especially enjoyed family gatherings. He is survived by his wife, Dolores, son, Michael (Janelle), daughter, Diana Lynn McLaughlin (Hugh) son, Donald (Wendy) and former daughter-in-law, Sandra Kubiak. He is also survived by his grandchildren, Kailyn Kubiak of Corvalis, OR, Elizabeth Kates (Justin) of Rochester, NY, Victoria and Micaela Kubiak of Logan Twp., Shannon and Hugh McLaughlin of Pennsville, Kristen Kubiak of Grand Junction, CO, Amanda, Donnie and Emma Kubiak of Syracuse, UT, step-grandchildren, Jenna and Jace Pedersen of Logan Twp., a great granddaughter Madelyn Kates and two step-great granddaughters, Ashlyn and Allison Kates, all of Rochester, NY. He is also survived by his brother, Joseph (Gloria) of Vineland, NJ, his sisters, Florence Kubiak and Helen Walker of Millville, Dolores Fithian of Berlin, MD and Patricia Torisi of Vineland, his mother-in-law, Emma Chero, his sisters-in law, Rosemarie Bullington (Lester) and Diana Powell along with many nephews, nieces and their families. Viewing will be held at Ashcraft Funeral Home on Rt. 49 in Pennsville, NJ on Thursday, Sept. 25, from 6–8 pm and on Friday, Sept. 26, from 8:30-9:30 am prior to A Mass of Christian Burial celebrated at the Queen of Apostles R.C. Church located on Rt. 49, Pennsville, NJ at 10:00 am. The Rite of Committal and burial will be at St. Joseph's Cemetery in Swedesboro, NJ. In lieu of flowers, donations can be made to the Huntsman's Cancer Foundation, 500 Huntsman Way, Salt Lake City, Ut 84108 and Primary Children's Hospital Foundation, P.O. Box 58249, Salt Lake City, Ut. 84158-0249.

Victor A. Kubiak (Vic) a loving husband, father, grandfather, great-grandfather, brother, son-in-law, brother-in-law, and uncle, age 77, passed away on September 20, 2014, at his home in Layton, Utah, with his family by his side. Vic was born... View Obituary & Service Information

The family of Victor A. Kubiak created this Life Tributes page to make it easy to share your memories.

Send flowers to the Kubiak family.