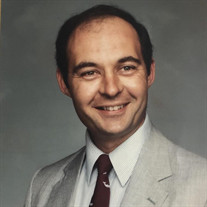 Robert Donald “Don” Bailey, 76, passed away peacefully on June 7, 2021 in Pennsville, NJ. He was a resident of Lindsey Place at the time of his death. Don was born in Manitoba, Canada in 1945 to Pamela B. Bailey and William R.A. Bailey. He and his family immigrated to the United States when he was in the 7th grade. He lived most of his life in Newark, Delaware. He graduated from Newark High School and married the love of his life, Donna P. Bailey. They shared over 30 years of marriage and raised four children. Don was a kind man. He enjoyed surfing in Fenwick Island along with fishing and hunting. He loved taking the family ice skating on local ponds, being involved in the children’s swim meets, Cub Scout and Webelos activities, little league, and band camp. Don was there leading, coaching or assisting in whatever activity one of his four kids was interested in. He was not a shy guy. He could and would talk to anyone and share stories of his family, kids accomplishments, failures and most embarrassing moments. He was just extremely proud of his world and wanted everyone in it to be as proud as he was. Don was happiest sitting in the middle of the action: kitchen tables at the beach, Rhode Island vacation shuffleboard games, gas lines in NJ, and his kids' homes as they took over the hosting of holidays. Don was a born salesman and good at putting people at ease with his humor. He worked hard for his family. He started his career with JCPenney’s Auto Centers in Delaware and enjoyed his time with the company. Firestone took the family to New Jersey and then back to Delaware. He retired after driving a limousine for about 10 years in the Delaware Valley area. Don is survived by his four children; Peter D. Bailey (Diane), R. Scott Bailey (Ashle), Allison B. Weer (Robert), and Melissa B. Wagner (Chris). He was blessed with fourteen grandchildren; Nick (Amber), Shannon, Madison, Shane, Kelley, Zack, Amanda, Lauren, Wilson, Rhett, Amanda, Robert, Abby, and Stephanie. Three great-grandchildren; Travis, Bentley and Bryson. He is also survived by his three siblings Dr. William A. Bailey (Mary), Linda B. Windsor, and Douglas Bailey (Laurie). He was predeceased by his parents. Details for a memorial service this summer will be shared at a later time. Don lived with MS for over 50 years and his family was active in a number of fundraising activities over the years including lemonade stands, backyard carnivals, and MS biking events. In honor of Don, several members of the family plan to ride in this year’s MS City to Shore event under the team name “Team Bailey - Exit 10”. In lieu of flowers, the family asks that you make a donation to the MS Society through Exit 10 - Team Bailey. https://mssociety.donordrive.com/index.cfm?fuseaction=donorDrive.team&teamID=11933 A memorial reception for Don Bailey will be held on Sunday, June 27th from 11am to 2 pm at the Mendenhall Inn, 323 Kennett Pike Mendenhall, PA 19357. His children will be receiving and welcoming family and friends to share memories and pay their respects. Light refreshments will be available in a setting that allows for indoor and outdoor visitation.

The family of Robert Donald Bailey created this Life Tributes page to make it easy to share your memories.

Send flowers to the Bailey family.