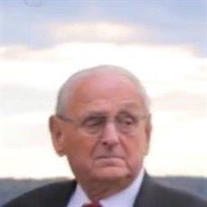 Linwood L. Lake “Lakey”, 82 years old, son of the late John Marshall and Blanche Bothwell Lake, passed on Tuesday, January 29, 2019. Linwood was born on December 2, 1936 in Salem, New Jersey. He was raised in Carneys Point where he attended the Penns Grove public schools, graduating in 1956. After graduation, he joined the Marine Corp Reserves from 1957 – 1959. In 1959, he began his career with DuPont Chambers Works. After getting married, he moved his family to Pennsville in 1967 where he lived for the next 51 years. He retired from DuPont Chambers Works in 1993 after 34 years of service. Linwood was active in the Pennsville Babe Ruth Baseball League in the 70’s and 80’s. He loved baseball and was an avid Philadelphia Phillies fan, and rarely missed an opportunity to watch them on T.V. He was a dog lover, and truly missed his favorite Boxer; “Bouncer”. In recent years he enjoyed spending time on his boat the “Triple L” where he was a member of the Sassafras Harbor Marina in Georgetown Maryland. He also looked forward to breakfast at the Deepwater Diner with his children. Over the years, he was the owner of several businesses – The Restaurant & Pro Shop at the former Penn Bowl in Pennsville, Lake’s Variety Store in the New Castle Farmers Market and Lake’s Luncheonette in Deepwater. In his younger days, he was a cook at the former Howard Johnson on the NJ Turnpike and had his own taxi service in Penns Grove. He was a former member of the “Fraternal Order of Eagles Club” in Salem. Linwood was a very good bowler and belonged to several bowling leagues throughout Salem County for many years. He had a high game of 298 and was recognized for this accomplishment by the American Bowling Congress. Linwood took great pride in his North Broadway home in Pennsville. For years, he looked forward to putting his life-size Santa on his front porch for everyone to enjoy at Christmas time. Linwood is survived by his three children: Jeff (Deborah) Lake of Carneys Point, Lori Fischer (Bill) of Pilesgrove and Mike (Kim) Lake of Middletown, DE, nine grandchildren, four great grandchildren; one brother; Marion “Manny” (Delores) Lake of Chesapeake City, VA, two sisters-in-law; Ella Lake and Susan Lake, his ex-wife Grace Montagna Lake, and seven nieces and nephews. He was predeceased by his parents: John and Blanche Lake, Brothers: John (Jack) Lake, Jr and William “Bill” Lake, Wife: Gertrude Seeney Lake and Grandson: Ian Fischer. A visitation will be held at the Ashcraft Funeral Home located at 740 South Broadway in Pennsville, NJ on Monday, February 4 from 9am to 11am. Interment will follow at Eglington Cemetery. www.ashcraftfuneralhomes.com

The family of Linwood L. Lake created this Life Tributes page to make it easy to share your memories.