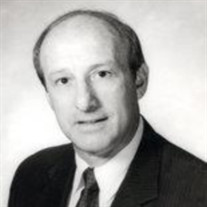 Joseph Cacia passed away on November 9, 2021.He was the son of Nick and Rose Cacia and was born in Philadelphia on June 25, 1940. He grew up in Penns Grove and graduated from St. James High School in 1958. He graduated from West Chester University in 1962, and attained a Master’s Degree in Guidance from The University of Villanova. Joe married Marie Priest in 1963. He worked as a teacher, head football coach and Athletic Director at Saint James High School. He moved to Hammonton in 1968 and became the head coach of Hammonton High School. He was also the Athletic Director and guidance counselor. While in Hammonton, Joe served several years as a town councilman. Joe left the educational arena in 1975 to enter the business world, where he became the CEO and part owner of Pat and Gordon Bus company. He later moved on to become the acquisition manager of both Ryder and First Student bus companies. As a result of his extraordinary success as a coach, Joe was inducted into the Hammonton High School Hall of fame, the Salem County Athletic Hall of fame, and The South Jersey Coaches Hall of Fame. Joe is survived by his wife of 58 years, Marie Priest Cacia, his son Joseph Cacia and his wife Malea Cacia, his daughter Beth Marie Cacia Eldridge and her husband Jason Eldridge, his grandchildren Max Eldridge, Keira Eldridge, and Luca Cacia, his brother Frank Cacia and wife Dottie Cacia, his in-laws Helen Priest Gioia, Lou and Beverly Priest, Al and Diane Priest, Jim and Catherine Priest, and his many nieces and nephews. The family would like to extend a sincere thank you to Joe’s long-term care provider, Cindy, as well as Lori, Melinda, Robin and Shirley. A visitation will be held at Ashcraft Funeral Home in Pennsville, NJ on Saturday November 13 from 9:00 am to 10:30 am, followed by 11:00 am Mass at St. Gabriel The Archangel in Carneys Point, NJ. In lieu of flowers, donations can be made to The Alzheimer’s Association or St. Jude’s Children’s Hospital. www.ashcraftfuneralhomes.com

Joseph Cacia passed away on November 9, 2021.He was the son of Nick and Rose Cacia and was born in Philadelphia on June 25, 1940. He grew up in Penns Grove and graduated from St. James High School in 1958. He graduated from West Chester University... View Obituary & Service Information

The family of Joseph Cacia created this Life Tributes page to make it easy to share your memories.

Send flowers to the Cacia family.