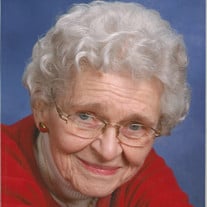 Joanne S. Davis of Pennsville died peacefully at home November 30, 2015 with her husband by her side. Born of Scottish and German heritage on December 7, 1930 in Newark, NJ, she was the daughter of David E. and Eileen Schaller Shelley of Montclair. Six months later, the family moved to Lancaster County, PA, where Joanne grew up. She graduated from Manheim Township H.S. in 1948 and from Chatham University in 1952 with a B.A. in English. Following graduation, she was employed for six years by the Bureau of Naval Personnel in Washington, D.C., becoming a branch head of the Officer Qualification Unit. It was there that she met her husband, a newly commissioned Naval officer. She became Joanne Davis when they were married in 1956 in Lancaster by her grandfather, the Rev. Herman S. Shelley. Joanne and Bob celebrated their 59th anniversary on November 3rd this year. When Bob's active duty ended, they moved to Woodstown and he resumed his employment with DuPont. Later, they moved to Carneys Point after which Bob was transferred to Beaumont, TX. Joanne there joined the American Association of University Women (AAUW), and remained an active member for the rest of her life. After 2 years, a job change took them to Bucks County, PA where they lived for 12 years. In 1974, they relocated to Pennsville, NJ, Bob's hometown, with their 3 children. Joanne held many leadership positions in AAUW including President of both the Lower Bucks County and Salem County branches, District Director - NJ South on the State Board, member of the National Nominating Committee, and from 1987-89, NJ State President. She was proud to have been chosen to represent Chatham University at the inauguration of Dr. Herman James as President of Rowan University in 1984. Among her other activities, she served as Deacon and Elder of Union Presbyterian Church in Carneys Point, American Red Cross and Meals on Wheels volunteer, member of the local Historical Societies, Trustee and life member of the Friends of the Pennsville Library. Joanne and Bob traveled to each of the 50 states as well as 40 countries worldwide and spent summers at their cottage in the Catskill Mountains, Livingston Manor, NY. Joanne is survived by her husband, Robert; sons Robert Jr. (Kate), of Newark, DE and Scott (Shannon) of Richmond, TX; daughter Nancy Davis, MD (Chess Erwin) of Manitowoc, WI; 3 grandchildren Jennifer, Stephanie, Andrew; and in-laws Richard and Ann Davis Crane, James and Jayelaurel Davis. A memorial service will be held 3 Pm Monday January 4, 2016 in Union Presbyterian Church, 254 Shell Rd., Carneys Point where there will be a visitation from 2 to 3 PM. In lieu of flowers, please make a donation to the charity of your choice. www.ashcraftfuneralhomes.com

Joanne S. Davis of Pennsville died peacefully at home November 30, 2015 with her husband by her side. Born of Scottish and German heritage on December 7, 1930 in Newark, NJ, she was the daughter of David E. and Eileen Schaller Shelley of Montclair.... View Obituary & Service Information

The family of Joanne S. Davis created this Life Tributes page to make it easy to share your memories.

Send flowers to the Davis family.