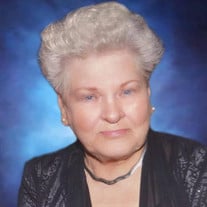 Janet Gleason Munyan, 75, passed away on October 10th of complications of liver disease. She was in residence at Brandywine Assisted Living in Rehoboth Beach, Delaware. Janet was born on March 24, 1942 in Philadelphia, PA and was an identical twin to her sister Joan. Born seven minutes ahead of Joan, Janet took lifelong delight in chiding her twin of being the more mature sister. Known as "mirror twins," Joan Gleason Caggiano passed away on May 12, 2017 of the exact same liver disease. Janet and Joan were the pride and joy of their parents, John and Emma Gleason of Philadelphia. When the twins were 10 years old the family relocated to New Jersey where they would grow up. Janet was graduated from Penns Grove High School in 1960 and then attended Glassboro State College where she graduated with a Bachelor’s Degree in Education. Janet married William Munyan in 1964 as she began her teaching career. They were happily married until Bill died in 2002. Janet loved children and teaching was her passion. She taught several grades including fourth, second and her favorite, first grade. She had a gentle and genial manner that resonated with small children. She could usually be found with some sort of sweet treat or a book hiding in her voluminous purse magically available for any child. Janet's teaching career was filled with accolades by the time she retired from the Penns Grove Carneys Point School District with over 35 years of experience. In later life she volunteered as a reader to little children both in Penns Grove and in Rehoboth Beach. Janet and Bill were blessed with their only child, Kelly in 1976. Janet adored being a mother and even prior to her passing would still introduce her grown daughter as "my Kelly". In 2016 Janet moved from her home in Carneys Point, NJ where she lived for over 50 years, to relocate to Rehoboth Beach, DE to be close to her daughter Kelly and her twin sister Joan. Even in their '70s, "the twins" as they were known, would use their identical looks to delight in confusing customers at Nicola Pizza where Kelly is the Manager. Janet's interest in people, her kindness and love of family was a hallmark throughout her life. A loyal friend, she could be counted on for a visit when a friend was sick, sending a cheery card when a pal felt low, or a thoughtful little gift to mark any and all special occasions. Janet was a proud member of the Beta Sigma Phi sorority, the Red Hat Beach Broads and was a member of St Paul’s United Methodist Church in Penns Grove, NJ for over 50 years. Janet was predeceased by her parents John and Emma Gleason, her loving husband William, and twin sister Joan Caggiano, of Rehoboth Beach. She is survived by her daughter Kelly Munyan of Lewes, DE, and several nieces and nephews. Please join us in a Celebration of Janet’s Life on Monday October 16th at 11am, at Ashcraft Funeral Home: 740 South Broadway; Pennsville, NJ, where friends may call beginning at 10am. Interment services will be private at a later date. In lieu of flowers the family requests donations be sent in Janet’s name to her favorite charity: St Jude's Children's Hospital, P.O. Box 1000, Dept. 142; Memphis, TN 38148. www.ashcraftfuneralhomes.com

Janet Gleason Munyan, 75, passed away on October 10th of complications of liver disease. She was in residence at Brandywine Assisted Living in Rehoboth Beach, Delaware. Janet was born on March 24, 1942 in Philadelphia, PA and was an identical... View Obituary & Service Information

The family of Janet Gleason Munyan created this Life Tributes page to make it easy to share your memories.

Janet Gleason Munyan, 75, passed away on October 10th of complications...

Send flowers to the Munyan family.