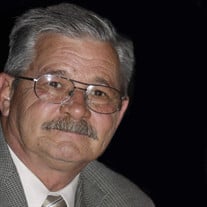 James “Jim” Andrew Williamson, age 71, passed away peacefully surrounded by family on Sunday, February 24, 2019. He was born on January 22, 1948 in Philadelphia, PA to the late William and Margaret (McLaughlin) Williamson. James is survived by his wife Frances (Nottingham), brother Brian (Sandy), daughter Lisa Green, son James W., granddaughters Maureen and Kathleen Green. He is also survived by nieces, nephews, and cousins. Jim was an extremely caring and loving person. Jim was devoted to his family, married for 46 years to Fran. He was an attentive father. Although, his favorite role was “Poppy”, he absolutely adored his granddaughters and their many adventures together. Jim was a very humble man and shied away from spotlight. He led by example and always looked to teach. He was a guide and mentor to many. He would drop everything to help someone in need. Jim was a 1967 graduate of George Washington High School. After which he spent his entire life serving others. He enlisted in the United States Army and served 2 tours in Viet Nam (67-68 & 69-70). He would later be reactivated from Reserve status to serve for Operation Desert Storm (91). He retired from the US Army Reserve as MSG. He was a Diesel/Heavy Equipment Mechanic for the US Government in Pedricktown, NJ and Fort Dix, NJ for 34 years retiring in 2005. Jim was also very involved with his local community. He was a volunteer firefighter with Carney’s Point Fire Department and Rescue Squad for 42 years. During which he served in many roles from firefighter, EMT, and various line officer positions including Chief. He also served on Heartbeat 1 as an EMTI. Jim was a phlebotomist at the Memorial Hospital of Salem County for several years. His duty to his community did not stop there; he was also a Constable during the 80’s and has served as Deputy Emergency Management Coordinator since 1989. He most recently added Court Bailiff starting in 2006. Jim Williamson did so much for so many and never asked for anything in return. A True American Hero!! There will be a viewing at Carneys Point Fire Department Memorial Hall; 258 D Street, Carneys Point, NJ on Saturday March 2, from 10:00 am to 12:30 pm followed by a Mass of Christian Burial at St Gabriel the Archangel RC Church, 369 Georgetown Road at 1:30pm. Inurnment at Arlington National Cemetery will be held at a later date. In lieu of flowers, contributions may be made to the “Wounded Warrior Project” (www.woundedwarriorproject.org). www.ashcraftfuneralhomes.com

The family of James Andrew Williamson created this Life Tributes page to make it easy to share your memories.

Send flowers to the Williamson family.