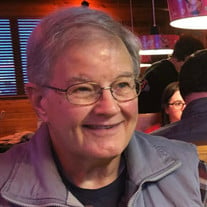 George M. Buncich, 78 years old, of Middletown, DE (formerly of Penns Grove, NJ) passed away on January 16, 2022. George was born on February 10, 1943, in Pittsburgh, Pennsylvania to Nicholas and Pearl (Lopar) Buncich. He was a 1962 graduate of Penns Grove High School. George worked for the Delaware Department of Corrections in the Internal Affairs Division until his retirement in 2012. George loved the sea. He was an avid fisherman his entire life, and visited and fished in Whitefish, MT, North Fork Flathead River, Yak, MT, and The Bob Marshall Wilderness. His eyes would light up whenever anyone asked, and was always happy to share entertaining stories about his adventures. George was also a skilled scuba diver and in his younger years, he explored many shipwrecks, bringing home treasures from the sea. He was known for returning with an abundance of lobsters that he gladly shared with family and friends. More recently, he enjoyed a quieter life and was a voracious reader. He had quite a collection of unique books, including many signed first editions. He also found joy in spending time with family and friends. During the warmer months, many of George’s neighbors in his retirement community would gather on his front porch daily for happy hour and conversation. He is survived by daughter Christine Jackson (John) of Cape Coral, FL (formerly of Pennsville), son, Michael Buncich of Ocean View, NJ and grandson Jeffrey Cooksey of Gibbstown, NJ. He is also survived by sisters Yvonne Korica and Betty Agostini (Larry); nephews and nieces, Daniel Epps (Carol), Marci Weinberg (Howard), Michelle Gardner (Joe), John McDowell (Barbara), Joseph Agostini (Anna), and a host of great nieces and nephews., George was predeceased by his parents, his sister, Marcia Buncich Epps and brother-in-law, Emil Korica. George also leaves behind cherished friends, John and Vicky Miller, Rob and Ruth Bishop and the Thursday Morning Breakfast Club. At George’s request, services are private. In lieu of flowers, contributions can be made in his memory to a charity of your choice.

George M. Buncich, 78 years old, of Middletown, DE (formerly of Penns Grove, NJ) passed away on January 16, 2022. George was born on February 10, 1943, in Pittsburgh, Pennsylvania to Nicholas and Pearl (Lopar) Buncich. He was a 1962 graduate... View Obituary & Service Information

The family of George M. Buncich created this Life Tributes page to make it easy to share your memories.

Send flowers to the Buncich family.