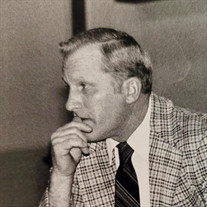 Eugene Sylvester Wittmann (Gene, Bucky), age 85, formerly of Carneys Point Township, passed away peacefully at his home in Palm Harbor, Florida on November 20, 2021. Gene was born on June 28, 1936 in Kaukauna, Wisconsin to parents Esther and Argo Wittmann. Gene grew up in Kaukauna Wisconsin where he was a member of the State Championship baseball team. He graduated from Kaukauna High School in 1955. After entering the military service, he moved to New Jersey where he met his bride, Judy. He raised their three sons, Curtis, Chris, and Craig to be athletes in his footsteps. Gene and his wife Judy worked tirelessly to build the Penns Grove-Carneys Point Jr. Grapplers Association. Gene was the tournament director for the PG-CP Junior Grapplers Christmas Classic (1979, 1980,1981). He served as a wrestling official for the New Jersey State Interscholastic Athletic Association for twenty-five years. In February of 1981, he received his Bachelor of Arts degree from Glassboro State College for the sole purpose of obtaining a teaching certificate so that he could coach wrestling at Penns Grove High School. He was inducted into the Kaukauna High School Hall of fame in 1989. Gene worked at Dupont Chambers Works in Deepwater, NJ for eleven years before taking a position with General Motors Company where he remained until his retirement in 1998. After moving to Florida, he returned to employment with Erwin Electric, Inc. where he worked until 2019. The families he built while working remained close over many years. Gene was a devout catholic, attending mass daily. He became a member of the Knights of Columbus in 2013. Never evangelical, Gene lived the tenets of his church through charity and kindness. Gene was predeceased by his wife Judith Ann(Milly)Wittmann, and son Curtis (Marlene) as well as his brother James, and sisters Nancy, and Yvonne. Gene is survived by his sons Christopher (Eduardo), and Craig (Linda), his grandchildren: CJ, Collin, and Chad, as well as his sister Janice Gosz (Clifford). A visitation for family and friends will be held on Saturday, December 4 from 9:30 am to 11 am with a service following at 11 am at Ashcraft Funeral Home, 740 South Broadway, Pennsville, NJ. Burial will follow at Lawnside Cemetery in Pilesgrove. “If there’s trouble, you won’t find me, but I’ve been there.” -Gene Wittmann

The family of Eugene Sylvester Wittmann created this Life Tributes page to make it easy to share your memories.

Send flowers to the Wittmann family.