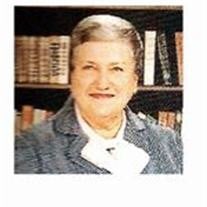 Dorothy M. Wormeck our beloved mother and best friend went home to be with her Lord on Thursday, April 12, 2007 at the Hospital of the University of Pennsylvania, she was 88 years of age. She was the daughter of the late William and Anna Mae (nee Haas) Leuby of Philadelphia, PA, being their only child. Dottie worked as an accounts receivable bookkeeper for the Evening Public Ledger in Philadelphia in the late 1930’s for several years. On January 3, 1942 she married her wonderful husband and love of her life, Norman F. Wormeck who was the treasurer of R.F. Willis Co. in Penns Grove. After living in Philadelphia for six years they moved to Carneys Point in 1948, where she resided until last year brought health problems her way. She had been a resident of Southgate Health Care Center since November of 2006 in addition to numerous hospital stays at Penn. She never gave up or became discouraged, as she was a woman of great faith, love and caring all her life, and she knew she was God’s child. She was a member of St. Paul’s United Methodist Church in Penns Grove for 59 years having served on numerous committees, teaching 3rd grade Sunday School for many years, was a church usher and greeter, delivered flowers every Sunday to the sick and shut ins, she had been a member of the EDC Class and secretary for 36 years. She also enjoyed her TEL (talk, eat & laugh) pinochle card club that she was a member of for 30 years. Her greatest joys in her life were her Lord and Savior and her son and daughter whom she dearly loved. She was preceded in death by her husband, Norman F. Wormeck in 1970 and her son-in-law, James M. McDaniel, Jr. in 1996. Surviving are her son, Allan Wormeck of Carneys Point and her daughter, Carol McDaniel of Pennsville. Funeral services will be held 11 AM Wednesday from the Ashcraft Funeral Home, 47 State St., Penns Grove where a visitation will be held from 9:30 to 11:00 AM. Interment will follow in Lawnside Cemetery, Pilesgrove. In lieu of flowers, memorials may be made to Ranch Hope, PO Box 325, Alloway, NJ 08001 or to Meals on Wheels of Salem County, 118 Walnut St., Salem, NJ 08079. www.ashcraftfuneralhomes.com

Dorothy M. Wormeck our beloved mother and best friend went home to be with her Lord on Thursday, April 12, 2007 at the Hospital of the University of Pennsylvania, she was 88 years of age. She was the daughter of the late William and Anna Mae... View Obituary & Service Information

The family of Dorothy Wormeck created this Life Tributes page to make it easy to share your memories.

Send flowers to the Wormeck family.