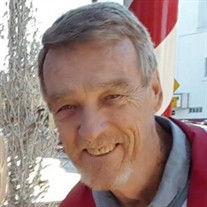 Donald Kirkwood Shaw passed Saturday morning, August 28, 2021 at age 76. Don grew up in Carneys Point, attended Penns Grove Regional High School and took college courses at Rutgers, Camden. He worked for many years in the Freon lab of DuPont Chambers Works as well as National Refrigerants. Donald served in the Army Military Police unit overseas in Korea 1965-1967, honorably discharged in 1971. Dedicated to serving others, Don had been South Jersey District Commissioner of the Boy Scouts of America, President of the Pennsville School Board, volunteered as a Pennsville Little League umpire, organized for the LPGA and Sons of Italy, and helped friends and family at every opportunity. A lover of sports, Don played softball, golf, and horseshoes. Predeceased by his wife of 45 years, Nancy DeFrank Shaw, parents Donald and Mildred, and brothers Kenneth and Robert. He is survived by his sister Meredith Ball, children Stephanie, Rebecca, and Joseph, grandchildren Emmett and Nicolai, as well as numerous extended family and friends. Service will be held at Ashcraft Funeral Home in Pennsville, NJ on Sunday, September 5, 2021 at 2pm with a viewing from 1pm till 2pm with burial to follow at Salem County Veterans Cemetery and a luncheon to afterwards at DiPaolo’s in Penns Grove.

The family of Donald K. Shaw created this Life Tributes page to make it easy to share your memories.

Send flowers to the Shaw family.