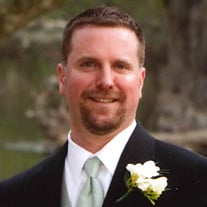 David Joseph Sliwka, 52, passed away peacefully at home on December 4, 2019 following a valiant six year battle with cancer. Born in Darby, Pennsylvania on September 30, 1967, David was predeceased by his father, Albert Sliwka and mother, Judith Gibbons. David grew up in Lansdowne, PA and was a graduate of Monsignor Bonner High School (1985) and Penn State University (1989). He was licensed in PA and DE as a Real Estate Appraiser. He worked primarily in Philadelphia and spent his entire career with Reape, Jeffers & Associates. David was kind, nurturing, inquisitive, reliable and humble. His positivity and determination over the last 6 years was remarkable; he was often referred to as heroic and an inspiration by his closest friends, family and his medical team at Jefferson Hospital. David was a loyal Philadelphia sports fan and loved Penn State football, especially the annual trips to the game with his best friends. He was an exceptional cook and an avid gardener. He enjoyed fishing, traveling, golfing, skiing and listening to sports talk radio. His greatest joy was spending time at his home in North Cape May and spending time with family and friends, especially with his two very special nephews. David is survived by his wife of 22 years, Denise Bullington Sliwka, his twin brother, Kenneth, sister-in-law, Susan and nephews, Matthew (Godson) and Charles. He is also survived by his father-in-law, Lester and mother-in-law, Rosemarie, many aunts, uncles, cousins and friends. His loss has left our hearts broken, but joyful that he isn't suffering and is finally at peace. A memorial service to honor David (and his mother, Judith Gibbons) will be held at 11:30 am on Saturday, December 28, 2019 at Springfield Country Club, 400 W Sproul Road, Springfield, PA 19064. Charitable contributions in his honor may be made to a charity of the donor's choice. www.ashcraftfuneralhomes.com

The family of David J. Sliwka created this Life Tributes page to make it easy to share your memories.

David Joseph Sliwka, 52, passed away peacefully at home on December...

Send flowers to the Sliwka family.