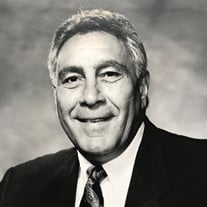 Charles J. Tisa Pedricktown, New Jersey (formerly of Mullica Hill) Charles “Charlie” “Chas” Tisa died suddenly December 4. He was born in South Philadelphia in 1939 and celebrated his 80th birthday in July. A K-8 student at St. Paul’s School on 9th Street, he graduated in 1957 from St. John Neumann High School and immediately enlisted in the United States Navy. His last tour of duty took him around the world ending in 1960 when he began working for the Dept of the Navy. His father, Sam, loved standardbred horse racing and Chas shared his interest. Chas loved a challenge and one day said “I can do that,” moving his young family to North Carolina in 1966 where he learned the standardbred horse business from the ground up, becoming a professional trainer and driver. He raced at Liberty Bell, Brandywine, and achieved Driver of the Year at Rosecroft Raceway in Maryland. He returned to his former position at the Philadelphia naval base, and restarted a 30-yr career that exactly paralleled computers coming of age. Chas worked in U.S. Naval Intelligence, building and troubleshooting Intelligence Center computer systems on every aircraft carrier in the U.S. fleet. Doing so required the highest security clearance issued by the U.S. Govt. His coworker suggested he get his degree and Chas said “I can do that” attending at night to earn a degree eight years later in “Computer Programming” (now Computer Science) from LaSalle College (now University). He moved to South Jersey, kept his home in South Philly, and converted it to apartments, completing most of the work himself. He could do that too. He retired with 33 yrs of service and was anointed “Geek Emeritus” by his friends who were happy to have his free tech support. In 1991 he and his wife, Liz, built a new home in Mullica Hill, NJ where he was renamed “Chas” by the builder. It stuck. Retired, he took an interest in local municipal government and faithfully attended Planning Board Mtgs to learn NJ Land Use Law. Then, when also attending Harrison Township Committee Meetings, he had another “I can do that” moment and ran for election. He served two terms on the Harrison Committee, including one year as Mayor in 1996. He also served on the Harrison Planning Board for six years and later on the Salem County Planning Board for four years. But his favorite township role was volunteering as a Judge at the kids Lip Synch Contest on Harrison Township Day each year. He also kept his hand in the standardbred world, no longer driving but owning and training horses off and on for 25 more years with his sons. In 2004 he achieved a life-long dream of owning land, moving to rural Pedricktown. There he learned farm equipment and its maintenance, and enjoyed keeping his seven acres trimmed, properly fenced and presentable. Despite ever declining health over the past five years, he soldiered on and in the final weeks of his life he had his final “I can do that” moment. He learned a professional gambling strategy on YouTube for playing Blackjack for profit. Always a good card player, he started playing online daily--with real money--and it worked! He went out a winner. He was predeceased by his parents Santo and Marie (DeBenedetto) and his first wife Theresa (Ferri). Chas is survived by his wife and best friend of 35 years, Liz Stevenson, and his brother, John (Cheryl). He will be greatly missed by his two sons, Kenneth (Nikki) and Chuck (Mark); grandchildren, Theresa Mathiesen (Rudy), Lauren Hurlburt, Ava, and Sam; and great-grandchildren Nolan and Samantha. Also by his good friend of 50 years, Lou DiGirolamo. Chas played golf for over 20 years, loved baseball, collecting cards and memorabilia, and with his sons aced every video game that ever came out from day one. In later years he enjoyed many luncheons with his St. Paul’s classmates and for 22 years he and Liz vacationed in Aruba with friends Kathy and Bill Golden. He was a very strong man, firm but fair, and very kind. He spoke up. Watch out if you were being disrespectful or doing something wrong! A friend described him well, saying “when he was in a room, you knew he was there.” His family and friends will miss him enormously. In lieu of flowers the family suggests contributions in his memory to the Harrison Township Historical Society, P.O. Box 4, Mullica Hill, NJ 08062, or the Pedricktown First Aid Squad, 37 Straughns Mill Rd., Pedricktown, NJ 08067. His ashes will receive a military burial on Wednesday, January 8, 2020 at precisely 2pm at Finn's Point National Cemetery, 454 Ft. Mott Road, Pennsville, NJ 08070. The cemetery is located behind Ft. Mott State Park along the Delaware River. People may gather at the Ft. Mott Visitors Center before continuing to the graveside for the 2 pm service. Family will greet from 1 to 1:45. Reception immediately following the service at the late residence.

The family of Charles J. Tisa created this Life Tributes page to make it easy to share your memories.

Send flowers to the Tisa family.