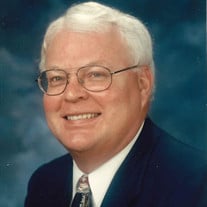 Dr. Albert Darlington Graham, Jr., 71, son of the late Albert and Betty (nee Belancin) Graham, passed away on July 4, 2020 after an unexpected battle with cancer. Albert is survived by his wife of 26 years, Susan Graham (Tomarchio); step-children, Jason Lloyd (Julie) and Jayme Lloyd; and step-grandchildren, Mackenzie, Harrison, and Hunter. He is preceded in death by his brother Gary Graham; sister Betty Lou Graham; and his parents. His devotion to his family and his firm belief in God supported him in his struggle and ultimately gave him peace. He had great love for his wife, family and friends (including his two precious dogs). He lived his life based on the importance of God, education, and community service. Albert was a life-long learner. He graduated with a bachelor degree in science and a minor in political science from Union University in 1970. He furthered his love for education with a Masters of Education from The John Hopkins University and a Masters of Art from Rowan University. Albert became a Doctor in Education from the California Western University and a Doctor in Philosophy in Public Administration from LaSalle University, which ultimately led to him becoming an adjunct law professor at LaSalle University. Albert received many awards throughout his life based on outstanding achievement and worthy character including: Gamma Beta Phi Society, Sampson Political award, Political Science Blackwell Memorial, Governor James D. Black Senior Award, John Hopkins Phi Delta Kappa society, member of MENSA, and the Outstanding Man in America for outstanding leadership, superior leadership ability, and exceptional service to the community. He dedicated his life to service, his town, and the nation he loved. Albert was a local board member of the Selective Service System, a Freeholder of Salem County, President and member of the Salem County Association of Local Governments, Salem Community College Trustee, and held multiple positions in Carneys Point including: Township Committeeman, Deputy Mayor, Mayor, and member of the Sewerage Authority. He was recognized by the Republican Club for his many years of dedicated service to the residents of Carneys Point. Albert also served his community by volunteering his time as a board member and President of the Village Arms Senior Apartments for 35 years. Albert was an educator at heart. He was kind, dedicated, knowledgeable, and a professional with remarkable work ethics. His educational career began in 1970 as a History teacher in Penns Grove-Carneys Point Regional School District. From 1983 to 1993 he was the Penns Grove High School Assistant Principal and Athletic Director. Albert was promoted to Director of Early Childhood and Federal/State Programs in 1993, and continued in this position until his passing. He respected people and loved his colleagues, the district, and his community. He will be dearly missed by his loved ones, close friends and people who knew him. We celebrate the fact that he is at peace and with his Creator. Due to the pandemic, there will be no viewing or reception. A mass for family and close friends will be held on Friday, July 10th at 10 am at Corpus Christi Church, 369 Georgetown Road, Carneys Point. Interment will follow in the Lawnside Cemetery in Woodstown. In lieu of flowers, the family is requesting donations to the Wounded Warrior Project, St. Jude Children’s Research Hospital, and St. Gabriel Archangel Parish in Carneys Point, NJ. Prayers, condolences and memories are gladly accepted at https://www.ashcraftfuneralhomes.com.

The family of Dr. Albert D. Graham Jr. created this Life Tributes page to make it easy to share your memories.

Send flowers to the Graham family.